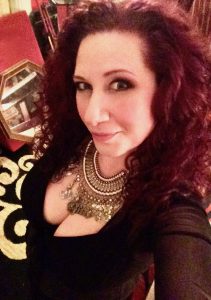 Thanks for stopping by.

I’d considered doing a post about how I’m gonna be posting more…but looking back over previous entries, pretty sure that statement is as kiss of death as other things you shouldn’t say around December 31st.

Or “I feel like this is gonna be my year”.

As the one species that has taken life-goal cock blocking to n’er seen before heights, picking a barely-more-than arbitrary day to think that all your problems and bad habits will finally be left behind, starts to make failure look like a fetish that everyone suffers from.

Best to make those changes gradually, and for more reasons than a calendar role-over.

So I make no promises that posting will suddenly become more prolific, but it is something that I want to do more of, and is a part of a larger project goal that I’ve already started on.

And it is worth noting theres a “bit” of external motivation toward posting more updates here. And that is the continuing fallout from the horrible legislation SESTA/FOSTA. I’ve posted about it before (bit here, more on social media), and not really in the mood to dive back in with all the deets. If you somehow don’t know about it already here’s a good link.
.
What I will say is that it has already had a chilling effect on providers like myself being able to stay visible on the internet, and justified suspicions are that more damage will continue to be done until the law is repealed and the actions it inspired are reversed.

Which is to say, that as much fun as I’ve had on Facebook, and was starting to have on Twitter, I have no idea how long folks like myself will still be able to post, and/or have our posts actually seen, on there, or on any corporately run entity. Between huge shifts in terms of service like we saw with Tumbler’s over-reaching and hypocritical adult content ban, and Facebook laughably threatening to time-out any naughty talkers, to more subtle and insidious things like shadow-banning on Twitter, platforms that thrived specifically due to the labor and contributions of sex workers have been all too quick to silence us…even before the law had been put into practice, let alone tested in the courts for constitutionality.

But it’ll take a bigger step by the powers that be to silence or censor this blog. And I’ll be damned if I’m gonna stop talking about all the beautiful and inspiring, pervy, sexy things that rock my world, my heart, and my loins.

So Happy New Years, Bitches! And be sure to come back a bit more often because maybe…just maybe…there’ll be something new to see here soon.

Lets just hope that it truly isn’t the last bastion…